“Let her and Falsehood grapple; who ever knew Truth put to the worse in a free and open encounter?” Milton, Areopagitica -1644 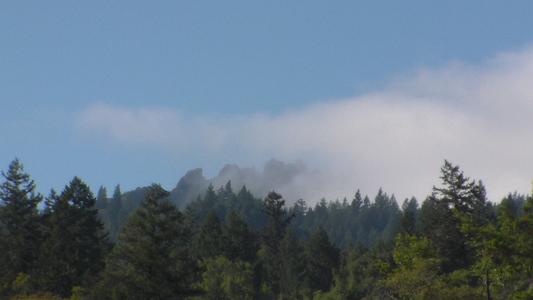 Low clouds on the ​The Bear Buttes

Forest Regionalism--The Root of the Change

​Because the east bay area has so many people, they cajole themselves into feeling that it is okay to take advantage of the less populated north country.  They think it is logical to take the North Country's water to solve their problems-- even if it creates problems in the north.  Not the least of these problems is the effect on the north's tourist industry.  Here is an idea:  if the east bay area needs more water, why don't they start desalinization projects like San Diego and Arabia?  Or, try covering the canals with solar panels to reduce evaporation like they do in India.  The electricity from these panels could be used to power desalinization.  They could construct a variety of types and systems of water storage.  Basically, they should find ways to solve their problems with investment and innovation rather than just taking the north's water.  The Central Valley Water Project, which takes Trinity County water, was established in 1933 for the purpose of providing water for agriculture.  It will now use Trinity water to augment the delta ecosystem rather than for valley agriculture.  It just so happens that the North Country has an ecosystem too.  As your congressman, I will work to defend the north's water.

The Forest Service has changed.  The root of the change is philosophical.  In response to  a variety of forces such as economics, culture, and Agenda 21, the Forest Service has come to regard the forest as an ecosystem to be maintained through their ideas of protection.  This philosophy includes the idea that underbrush should be left to the whims of nature, including potential fire.  However, when fire occurs, we must fight the whims of nature.  Their philosophy is exercised at the expense of "multiple use" needs.  I strongly embrace the idea of having and protecting primitive areas like the Trinity Alps, the Yolla Bolly Wilderness and the Marble Mountains.  But, we also have a new wilderness.  People live in and around national forests and their use of the land needs to reflect the fact that the forest can be used but not exploited.

One of the primary problems that the north country faces is forest fires.  It is clear that forest fire size, intensity, amount of smoke and financial cost are all very much exacerbated by the fact that underbrush is not cleared.   Good logging companies used to do this work as part of their responsibilities in harvesting.  These forest fires obviously create much destruction and smoke.  Many of our leaders regularly express concern about the need to take various actions to curb air pollution.  I find forest fire smoke to be on a par with auto and industrial exhaust.  Smoke is bad for the health and comfort of our citizens. And, smoke and charred forests certainly discourage tourism.

We can not go back in time.  The new wilderness of today needs to be cared for in such a way that all valid interests are taken into consideration.  Citizens who wish to work can be employed to clear underbrush and reverse riparian damage.  They can be paid to do this using funds that are currently allocated for food stamps or other government programs.  The California Conservation Corps could be expanded to provide such employment.  There is much, much less financial cost in preventing fire than there is in fighting fire.

As a society we need wood.  I know that logging can be done in a responsible non-expoitive manner.  Caring for steams, replanting and selective logging can be implemented to provide timber and timber jobs in a way that works in concert with the needs of the forest and forest communities.